The beginning of sociology

Humans are social creatures. Since the dawn of Homo sapiens nearly 250,000 years ago, people have grouped together into communities in order to survive. Living together, people form common habits and behaviors—from specific methods of childrearing to preferred techniques for obtaining food. 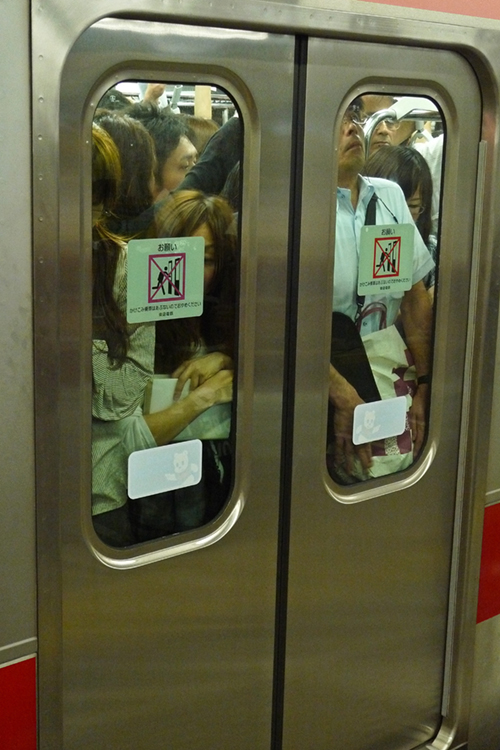 Figure 3.2 How would a visitor from the suburban United States act and feel on this crowded Tokyo train? (Photo courtesy of simonglucas/flickr)

Almost every human behavior, from shopping to marriage to expressions of feelings, is learned. In the United States, people tend to view marriage as a choice between two people, based on mutual feelings of love. In other nations and in other times, marriages have been arranged through an intricate process of interviews and negotiations between entire families. To someone raised in the United States, arranged marriages may seem strange or even wrong. Conversely, someone whose marriage was arranged might be perplexed with the idea of people choosing their own spouse without guidance from others. In both cases, a person from one culture may have misconceptions about the customs of the other. In other words, the way in which people view marriage depends largely on what they have been taught.

Behavior based on learned customs is not a bad thing. Being familiar with unwritten rules helps people feel secure and “normal.” Most people want to live their daily lives confident that their behaviors will not be challenged or disrupted. But even an action as seemingly simple as commuting to work evidences a great deal of cultural propriety.

Cultural Universals
Often, a comparison of one culture to another will reveal obvious differences. But all cultures also share common elements. Cultural universals are patterns or traits that are globally common to all societies. One example of a cultural universal is the family unit: every human society recognizes a family structure that regulates sexual reproduction and the care of children. Even so, how that family unit is defined and how it functions vary. In many Asian cultures, for example, family members from all generations commonly live together in one household. In these cultures, young adults continue to live in the extended household family structure until they marry and join their spouse’s household, or they may remain and raise their nuclear family within the extended family’s homestead. In the United States, by contrast, individuals are expected to leave home and live independently for a period before forming a family unit that consists of parents and their offspring. Other cultural universals include customs like funeral rites, weddings, and celebrations of births. However, each culture may view the ceremonies quite differently.

Anthropologist George Murdock first recognized the existence of cultural universals while studying systems of kinship around the world. Murdock found that cultural universals often revolve around basic human survival, such as finding food, clothing, and shelter, or around shared human experiences, such as birth and death or illness and healing. Through his research, Murdock identified other universals including language, the concept of personal names, and, interestingly, jokes. Humor seems to be a universal way to release tensions and create a sense of unity among people (Murdock 1949). Sociologists consider humor necessary to human interaction because it helps individuals navigate otherwise tense situations.

SOCIOLOGICAL RESEARCH
Is Music a Cultural Universal?
Imagine that you are sitting in a theater, watching a film. The movie opens with the heroine sitting on a park bench with a grim expression on her face. Cue the music. The first slow and mournful notes play in a minor key. As the melody continues, the heroine turns her head and sees a man walking toward her. The music slowly gets louder, and the dissonance of the chords sends a prickle of fear running down your spine. You sense that the heroine is in danger.

Now imagine that you are watching the same movie, but with a different soundtrack. As the scene opens, the music is soft and soothing, with a hint of sadness. You see the heroine sitting on the park bench and sense her loneliness. Suddenly, the music swells. The woman looks up and sees a man walking toward her. The music grows fuller, and the pace picks up. You feel your heart rise in your chest. This is a happy moment.

Music has the ability to evoke emotional responses. In television shows, movies, even commercials, music elicits laughter, sadness, or fear. Are these types of musical cues cultural universals?

Researchers also found that music can foster a sense of wholeness within a group. In fact, scientists who study the evolution of language have concluded that originally language (an established component of group identity) and music were one (Darwin 1871). Additionally, since music is largely nonverbal, the sounds of music can cross societal boundaries more easily than words. Music allows people to make connections, where language might be a more difficult barricade. As Fritz and his team found, music and the emotions it conveys can be cultural universals.

Ethnocentrism and Cultural Relativism
Despite how much humans have in common, cultural differences are far more prevalent than cultural universals. For example, while all cultures have language, analysis of particular language structures and conversational etiquette reveal tremendous differences. In some Middle Eastern cultures, it is common to stand close to others in conversation. North Americans keep more distance and maintain a large “personal space.” Even something as simple as eating and drinking varies greatly from culture to culture. If your professor comes into an early morning class holding a mug of liquid, what do you assume she is drinking? In the United States, it’s most likely filled with coffee, not Earl Grey tea, a favorite in England, or Yak Butter tea, a staple in Tibet.

Ethnocentrism can be so strong that when confronted with all of the differences of a new culture, one may experience disorientation and frustration. In sociology, we call this culture shock. A traveler from Chicago might find the nightly silence of rural Montana unsettling, not peaceful. An exchange student from China might be annoyed by the constant interruptions in class as other students ask questions—a practice that is considered rude in China. Perhaps the Chicago traveler was initially captivated with Montana’s quiet beauty and the Chinese student was originally excited to see a U.S.-style classroom firsthand. But as they experience unanticipated differences from their own culture, their excitement gives way to discomfort and doubts about how to behave appropriately in the new situation. Eventually, as people learn more about a culture, they recover from culture shock.

Culture shock may appear because people aren’t always expecting cultural differences. Anthropologist Ken Barger (1971) discovered this when he conducted a participatory observation in an Inuit community in the Canadian Arctic. Originally from Indiana, Barger hesitated when invited to join a local snowshoe race. He knew he’d never hold his own against these experts. Sure enough, he finished last, to his mortification. But the tribal members congratulated him, saying, “You really tried!” In Barger’s own culture, he had learned to value victory. To the Inuit people, winning was enjoyable, but their culture valued survival skills essential to their environment: how hard someone tried could mean the difference between life and death. Over the course of his stay, Barger participated in caribou hunts, learned how to take shelter in winter storms, and sometimes went days with little or no food to share among tribal members. Trying hard and working together, two nonmaterial values, were indeed much more important than winning.

Sometimes when people attempt to rectify feelings of ethnocentrism and develop cultural relativism, they swing too far to the other end of the spectrum. Xenocentrism is the opposite of ethnocentrism, and refers to the belief that another culture is superior to one’s own. (The Greek root word xeno, pronounced “ZEE-no,” means “stranger” or “foreign guest.”) An exchange student who goes home after a semester abroad or a sociologist who returns from the field may find it difficult to associate with the values of their own culture after having experienced what they deem a more upright or nobler way of living.

Perhaps the greatest challenge for sociologists studying different cultures is the matter of keeping a perspective. It is impossible for anyone to keep all cultural biases at bay; the best we can do is strive to be aware of them. Pride in one’s own culture doesn’t have to lead to imposing its values on others. And an appreciation for another culture shouldn’t preclude individuals from studying it with a critical eye.

SOCIOLOGY IN THE REAL WORLD
Overcoming Culture Shock
During her summer vacation, Caitlin flew from Chicago to Madrid to visit Maria, the exchange student she’d befriended the previous semester. In the airport, she heard rapid, musical Spanish being spoken all around her. Exciting as it was, she felt isolated and disconnected. Maria’s mother kissed Caitlin on both cheeks when she greeted her. Her imposing father kept his distance. Caitlin was half asleep by the time supper was served—at 10 p.m.! Maria’s family sat at the table for hours, speaking loudly, gesturing, and arguing about politics, a taboo dinner subject in Caitlin’s house. They served wine and toasted their honored guest. Caitlin had trouble interpreting her hosts’ facial expressions, and didn’t realize she should make the next toast. That night, Caitlin crawled into a strange bed, wishing she hadn’t come. She missed her home and felt overwhelmed by the new customs, language, and surroundings. She’d studied Spanish in school for years—why hadn’t it prepared her for this?

What Caitlin hadn’t realized was that people depend not only on spoken words but also on subtle cues like gestures and facial expressions, to communicate. Cultural norms accompany even the smallest nonverbal signals (DuBois 1951). They help people know when to shake hands, where to sit, how to converse, and even when to laugh. We relate to others through a shared set of cultural norms, and ordinarily, we take them for granted.

It helps to remember that culture is learned. Everyone is ethnocentric to an extent, and identifying with one’s own country is natural.

Caitlin’s shock was minor compared to that of her friends Dayar and Mahlika, a Turkish couple living in married student housing on campus. And it was nothing like that of her classmate Sanai. Sanai had been forced to flee war-torn Bosnia with her family when she was fifteen. After two weeks in Spain, Caitlin had developed a bit more compassion and understanding for what those people had gone through. She understood that adjusting to a new culture takes time. It can take weeks or months to recover from culture shock, and it can take years to fully adjust to living in a new culture.

By the end of Caitlin’s trip, she’d made new lifelong friends. She’d stepped out of her comfort zone. She’d learned a lot about Spain, but she’d also discovered a lot about herself and her own culture.